Probiotics for skin care and acne in women

Aging skin, general skin problems, and acne tend to be problems a majority of women experience. Women either tend to accept it, or they are proactive and look for help in addressing the situation. More often than not, they apply topical creams promising miracles or seek the advice of a dermatologist.
Where this is the case, dermatologists tend to prescribe a course of antibiotics, while many add a probiotic to the prescription as well. In many instances, after the course of antibiotics is completed, many of these women carry on using the probiotics because they find that the results are beneficial and ongoing.

There is sound reasoning behind the decision to prescribe antibiotics (whether orally or topically) in cases of acne in that it is least likely to result in scarring. Antibiotics, however, tend to destroy probiotics, the beneficial flora in the gut, which could potentially lead to other problems. By combining probiotics with the antibiotic treatment of these patients, however, the gut flora stays in balance while combating the negative influence of ‘bad’ bacteria. Research, however, has found a link between gut flora and acne.
According to Dr. Whitney Bowe, a New York dermatologist, “By introducing healthy bacteria into the gut it can actually re-seal the gut lining and prevent system-wide inflammation that’s thought to lead to acne and rosacea flares.”
The above would imply that most acne and other skin-related conditions are the direct results of an imbalance in the gut’s flora. But current research is a bit unclear stating anything new in this regard. Research conducted as far back as 1930 by Stokes and Pillsbury suggested that there was a correlation between the gastrointestinal mechanism and the occurrence of anxiety, depression, and certain skin conditions such as acne. One of the remedies specifically recommended by these two researchers was the use of the probiotic Lactobacillus acidophilus.
In a study undertaken involving 13,000 adolescents, the finding was that, of those with acne, the majority had gastrointestinal symptoms as well, including gastric reflux, constipation, and halitosis, while those with abdominal bloating, in particular, showed a 37% likelihood to have acne or another skin problem.
The Brain-Gut-Skin Theory as promulgated by Stokes and Pillsbury would have it that there is, indeed, a ‘theoretical and practical consideration of a gastrointestinal mechanism’ with regards to how the skin is influenced by one’s emotional state’. They connected emotional states with the changes in intestinal flora. One result of their research showed a 40% correlation between the occurrence of acne and hypochlorhydria. Their research also suggested that altered microbial flora related to stress caused an increase in an intestine’s permeability which in turn was the cause of skin problems, acne being one of these.
To combat this state, they suggested the use of Bacillus acidophilus during treatment as well as cod liver oil and an acidophilus milk preparation. This was long before cod liver oil was deemed a source rich in omega-3 fatty acids, or an acidophilus milk preparation was deemed a probiotic.
Further studies have proved that the presence of hypochlorhydria has an adverse effect on the growth of beneficial bacteria in the intestines.
Recent studies have validated the findings of Stokes and Pillsbury. One of these, conducted on 56 patients over a 12 week period found that when probiotics were used, there was a considerable reduction with regards to the formation of lesions and a reduction in sebum production in acne patients. This further supports the notion that probiotics play a beneficial role with regards to the occurrence of acne and its treatment.

Probiotics for Skin and Age-Related Problems

Not much research has, so far, been conducted with regards to the use of probiotics to counter or protect from sun damage. A 2010 study, however, that was published in the British Journal of Dermatology has found that where the probiotic Lactobacillus johnsonii was taken together with carotenoids, a reduction was seen in UV damage.
Collagen, which is present and made in the dermal layer of our skin, provides our skin with its elasticity and smooth appearance. The production of collagen, however, tends to decrease with age, causing wrinkled, saggy skin. Studies with regards to certain bacteria, however, have found that they assist with the production of collagen, thereby helping the skin retain and maintain its natural firmness.
Probiotics have also been linked to the production of antioxidants which serve to cleanse and protect the body (and skin) against free radicals which contribute to skin problems and aging. Those who have participated in trials have commented on a glowing skin as compared to what it was before partaking in studies.
The saying goes thus: ‘you are what you eat’. A healthy gut is one teeming with good bacteria (probiotics). Due to the modern diet which incorporates processed food, the modern, stressful lifestyle, and drugs, the human ecosystem has, to a large extent, been severely damaged, causing an imbalance in probiotics. The older we get, the more the results of the damage become noticeable, and the signs tend to show on our exterior.
The word probiotic can be broken into two parts: ‘pro’ meaning ‘for’, and ‘biotic’ meaning ‘life’. Thus, probiotic = for life. They can, therefore, be deemed as a part of our intestinal tract that promotes a healthy, positive atmosphere beneficial for health.
It is thought that by making use of probiotics internally as well as, in some cases, externally, it can aid the body in its rejuvenation process due to the stabilization of the probiotic and prebiotic components.
Natural methods of doing so include the consumption of certain probiotic rich foods. These would include, for example, a few of the following: apple cider vinegar, naturally fermented cheeses, sauerkraut, brined olives, pickled gherkins, and natural yogurt.
All medical research and trials thus far have pointed towards a direct link between gut microbes and the intestinal tract and their influence on the skin. Although there is still much speculation with regards to many of the hypothesis that has not as yet been conclusively proven, research thus far has, however, proven certain links do exist. It would be up to future research to either prove or disprove some of the allegations and hypotheses that have thus far not been proved. 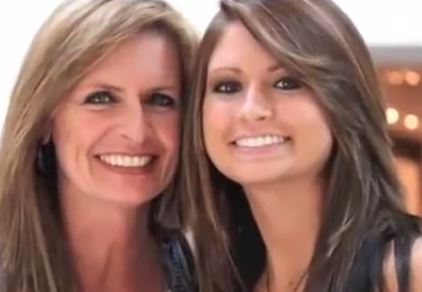